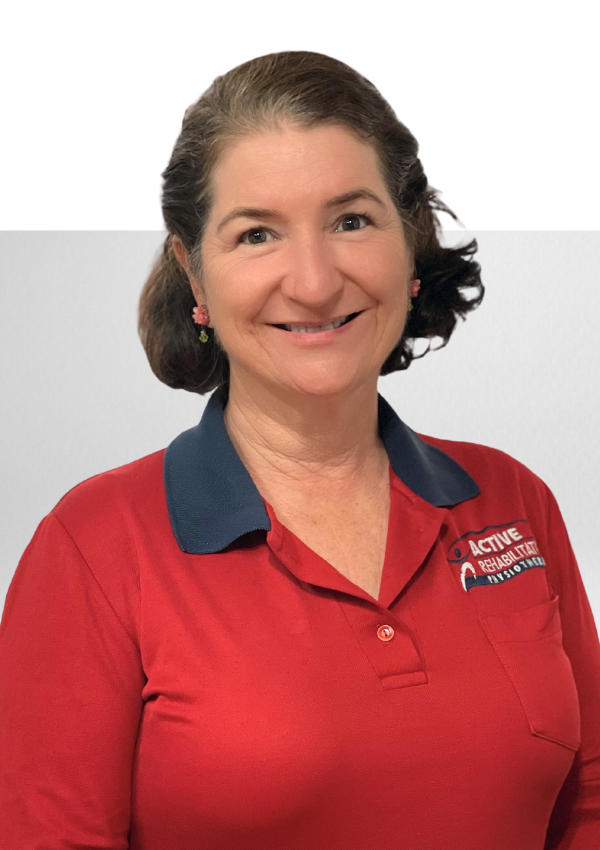 Dr Joanne Bullock-Saxton is gifted in both the arts and sciences. She is a talented painter and loves to cook and garden. Joanne is one of our most experienced and accomplished physiotherapists who brings expert knowledge, wisdom and dedication to clinical excellence in physiotherapy.

Joanne is one of Active’s senior leaders and team clinical mentors. During a career spanning more than three decades, Joanne developed a particular interest in treating spinal pain and headaches. She works closely with neurosurgeons and neurologists and other members of the patient’s health care team, to deliver the highest quality care. With her diagnostic abilities and empathic approach, Joanne strongly advocates for her patients, to ensure they achieve the best possible outcomes.

Joanne spent more than 20 years as a full-time academic at the University of Queensland and has gained both a Masters and PhD in physiotherapy. She was the Australian protégé of the late Professor Vladimir Janda, a neurologist from Prague, highly regarded for his work in musculoskeletal health care.

“Anyone who has never made a mistake, has never tried anything new!” – Albert Einstein

Joanne is a significant contributor to physiotherapy research, authoring more than 50 peer-reviewed articles and presenting at national and international conferences. Her published books and just a few of her more recently published referred journal articles and conference proceedings are listed.