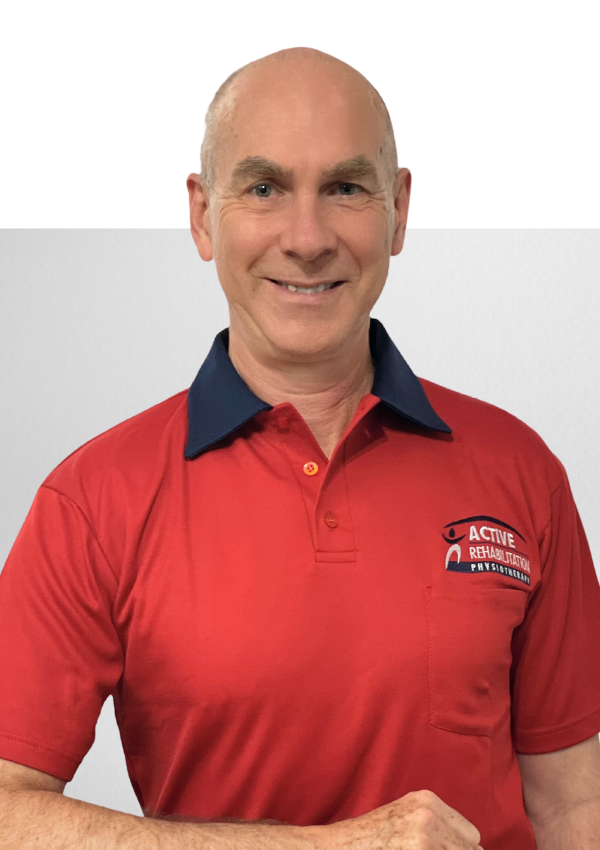 John is the Founder and CEO of Active Rehabilitation Physiotherapy. He is a highly regarded International Sports Physiotherapist with extensive experience in delivering orthopaedic and sports rehabilitation services and a particular passion for knee and shoulder rehabilitation.

John established Active Rehabilitation Physiotherapy in 1993 with a firm belief in taking an ‘active’ approach to treatment – empowering people in their care, helping them understand their treatment plan, and prioritising evidence-based, hands-on and exercise-based therapy to help his patients recover. He has built one of the largest privately-owned physiotherapy practices in the industry. John is proud of his team of exceptional people, with qualifications in many areas of physiotherapy practice, who share his ‘Active’ approach.

John has a particular talent for working with a network of leading medical specialists to identify areas of community need that are under-served by existing services. He has led the extension of Active’s services into emerging areas of physiotherapy specialty, building highly skilled teams of physiotherapists in these developing clinical areas and investing in cutting-edge technology. John prioritises forming collaborations with researchers, including significant partnerships with universities, research organisations and charitable institutions.

John’s wider contribution to physiotherapy and healthcare spans his long career as a member of multiple International, National and University committees. He has held committee and chair roles in the Australian Physiotherapy Association, and has presented at multiple conferences. As well as having a long-term relationship with the University of Queensland School of Health and Rehabilitation Sciences, he is a member of their Curriculum Consultative Committee for Physiotherapy. John has been recognised by the University for his contribution as an Adjunct Associate Professor, and through other accolades. These achievements reflect John’s passion for the delivery of Active’s physiotherapy services and developing future generations of physiotherapists and healthcare leaders.

A desire to leave a deep and lasting professional legacy, and to give back to the community, drove John to establish the Active Rehabilitation Research Foundation. The Foundation supports the existing research activities and partnerships at Active, as well and creates impact through supporting physiotherapy education. The Foundation has a portfolio of over 10 research projects, and actively invests in supporting physiotherapy education and sustainable services in Australia and Timor Leste.

As a physiotherapist, John has also been recognised for his expertise as an International Sports Physiotherapist by the International Federation of Sports Physical Therapy. His specialty clinical areas include shoulders and knees, and providing services for sporting teams. At an international level, John was the team physiotherapist for Fiji’s national team at two World Netball Championships and the Commonwealth Games, alongside coach Vicki Wilson. Over the course of his career, John has also worked with multiple Australian elite sports teams, including the Brisbane Broncos, Brisbane Bullets, Queensland State of Origin and Queensland Firebirds. He has been a team physiotherapist for the Queensland Academy of Sport Netball Squad and many Queensland State Age and Open Netball Teams.

Active continues to grow and evolve, but at its heart remains a family-owned business dedicated to professional excellence, community contribution and its unique team culture. John’s wife, Nicole, is the Director of Business Services and Quality.  A career highlight for John has been sharing physiotherapy duties with his son Luke during the World Netball Championships in the United Kingdom and South Africa.

“The first question a leader should ask is: “How can I make those around me more successful?” – John C. Maxwell